Lords of the Sound is the Kiev symphony orchestra. Its professionalism, charm and charisma have turned the orchestra popular all over our country and beyond. But how had it started? 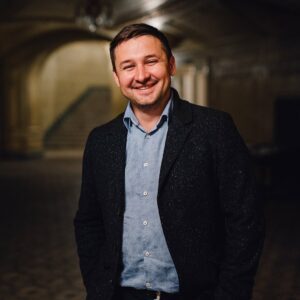 In the early 2014 producer Andrey Novatorov  founded the orchestra. A great desire to play music of contemporary composer, who creates for film industry, and absence of such repertoire in existing orchestras made theirs job. Lords of the Sound have filled that gap perfectly.

So ambitious band’s name challenged musicians, awakened sense of responsibility to the audience and at the same time set the tone of future creative development.

The first meeting with viewers was 23 April, 2014 in the small but cosy hall of Kiev Painter’s House. 100% Soundtracks became orchestra’s presentation card and totally won audience’s heart. The crowded hall held artists on the stage more 20 minutes, welcoming to bis and applauding. That day we consider our first birthday and it will stay in memory forever. 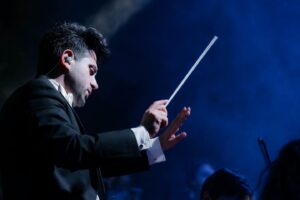 For a short time Lords become the one of the most desirable bands and hold several concert tours during season in Ukrainian cities and abroad. Take a part in festivals, city’s celebrations, common projects with famous artists of country. Thanks to enthusiasm of musicians, love and devotion to the viewer, during the first year unknown orchestra was performing on such prestigious Ukrainian stages as Opera Theaters and National Palace “Ukraine”.

Musicians of the orchestra are talented youth, which have passed the competitive selection  and prove their right to work in one of the best European bands.

Currently orchestra’s repertoire consists of more than 300 songs of different styles. Besides soundtracks we have added music for children, gamer music, rock-hits, classic and jazz. Constant desire to capture the audience motivates musicians to new exploits and achievements!

The team is growing very rapidly, developing not only the musical component, but added entertainment elements, theatrical productions, special effects and other events. Besides the high-quality sound, we make an accent on the spectacular component. This also applies to the appearance of the orchestra, and the artistic behavior of the musicians on stage.

The upcoming future plans include tours in Ukraine and the expansion of Europe’s tour arrangements, performances with artists and collaboration with other interesting modern projects. And preparing a lot of surprises!

We have a lot of plans and ideas, both global and intermediates. And they certainly will come true. And Lords of the Sound invite each to become a member of this holiday that brings joy to the hearts! Once is enough to get to our concert and you will return again and again!